Hindu prayers to open both Nevada Senate & Assembly on April 7 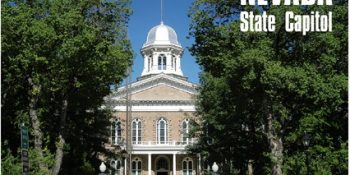 Both Nevada State Senate and Nevada Assembly in Carson City will open with Hindu mantras on April seven, containing verses from world’s oldest existing scripture. Hindu statesman Rajan Zed will deliver the invocations from ancient Sanskrit scriptures before the Senate and Assembly. After Sanskrit delivery, he then will read the English translation of the prayers. Zed, who is the President of Universal Society of Hinduism, will recite from Rig-Veda, the oldest scripture of the world still in common use, besides lines from Upanishads and Bhagavad-Gita (Song of the Lord), both ancient Hindu scriptures. He plansRead More 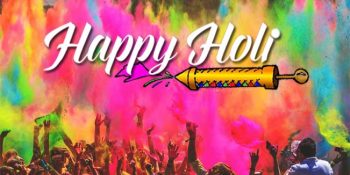 With declining participation from the Indian community, the Holi picnic arranged by the Friends of India still able to attract close to 150 community members under the clear afternoon Las Vegas sky to celebrate the playful festival of HOLI.   Holi brings in the best of Indian communities together – with no issues of caste, color, and religion with people of all classes and ages, to celebrate spring with a splash of colors.  2017 Holi Pictures…. Sumptuous Lunch was catered by the Curry Leaf Indian restaurant with delicious arrays of vegetarianRead More

Professor Siddhartha Pathak, Assistant Professor of Materials Science and Engineering at the University of Nevada, Reno, received the Young Leaders Professional Development Award from The Minerals, Metals and Materials Society, or TMS, at the TMS annual meeting in San Diego. The award aims to enhance the professional development of young members of the TMS by involving them in the long-term planning of the TMS and encouraging them to pursue leadership roles in the society. Pathak is one of two recipients from the Materials Processing and Manufacturing Division (MPMD) of TMSRead More 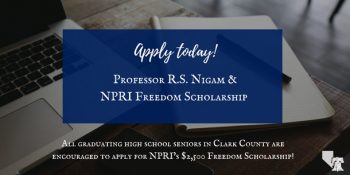 For the seventh year in a row, the Nevada Policy Research Institute is once again offering a $2,500 Professor R.S. Nigam & NPRI Freedom Scholarship to a graduating Clark County high school student who demonstrates a passion for economic liberty and individual freedom. The scholarship is open to all graduating high school students in Clark County — whether they attend a public, private, online or home school — who plan to attend college in the fall of 2017. To apply for the scholarship, students are asked to write a two-page essay on theRead More 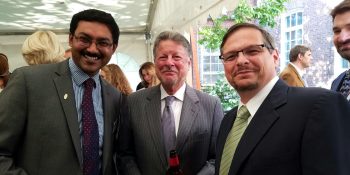 Ravi Subramanian spent four months teaching and researching in Finland as part of the Fulbright Scholar Program. Vaidyanathan (Ravi) Subramanian, associate professor of chemical engineering in the Chemical and Materials Engineering Department at the University of Nevada, Reno, recently returned from a four-month sabbatical in Finland where he taught students and conducted research as a part of the Fulbright Scholars Program. “It is an honor to be selected as a Fulbright Distinguished Chair, and to be able to represent Nevada and the United States overseas,” Subramanian said.  Subramanian was awarded Fulbright FellowRead More

Ramamoorthy “Ram” Subramanian, a Financial Advisor with Eagle Strategies LLC and a registered representative of NYLIFE Securities, is awarded the 2016 Advisor of the Year by the New York Life. Ram provides a wide array of financial services to the individuals and businesses including but not limited to financial advisory, defined benefit plans, defined contribution plans along with life insurance policies. Ram has been a qualifying member of Million Dollar Round Table since 2008. Ram has received the prestigious agent of the year award in 2012, Ben Feldman award, andRead More

Vegas Telugu Association (VeTA) invites you to a Holi “The festival of colors” celebrations at Discovery Park, Henderson on Saturday, 18th March 2017 from 11.00am-3pm. This event is organized to bring all the Indian communities together and celebrate the occasion. VeTA is providing Colors, Snacks, Refreshments (Pizzas for kids) at the nominal entry fee of $15 per family. Interested participants should accept, RSVP in the evite below and pay the entry free through PayPal link. Evite Link:   http://www.evite.com/event/013BBMU2F32OZMSZYEPG7NYVZTXIKE/rsvp Link to Pay: http://www.vegasta.org/Donate.aspx

The local Las Vegas Indian Sikh community along with the visiting national leaders from Sikh community are launching from Las Vegas a nationwide campaign – WE ARE SIKHS. Please join Sherrif Joe Lombardo and Las Vegans on Sunday, March 26th at 6 PM  at the Pure Indian Cuisine for an informative and educational talk on the upcoming WE ARE SIKHS campaign across America.  There is no cost to attend and dinner will be provided, however, volunteer donations will be gladly accepted.  The event is underwritten by the Mast Entertainment andRead More 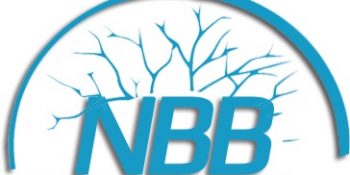 Sonakshi Dixit of Clark High School named a winner in the highly competitive Nevada Brain Bee competition. Sonakshi will be representing Las Vegas at the US National Brain Bee which will be held at University of Maryland campus in Baltimore, Maryland from March 17-19. Future neuroscientists and neurologists from high schools in the Las Vegas area participated in the Las Vegas Brain Bee on February 18th, held at UNLV campus. The Neuroscience contest is yearly put on by the Nevada Brain Bee Association, a local non-profit. The organizers of theRead More 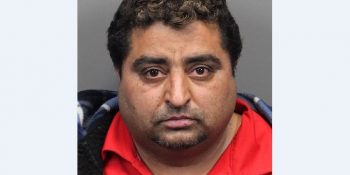 Balwinder Singh, 41, of Reno was sentenced today by U.S. District Judge Larry R. Hicks to 180 months (15 years) in prison for conspiracy to provide material support and resources to terrorists for a movement to create an independent Sikh state in Punjab, India.

Community News No Comments » Print this News
Next News »