Meetings of 14 city councils and county board of supervisors in California are opening with ancient Hindu prayers during the next few months, mostly for the first time.

After Sanskrit delivery, Zed, who is President of Universal Society of Hinduism, then will read the English translation of the prayer. Sanskrit is considered a sacred language in Hinduism and root language of Indo-European languages.

Rajan Zed will recite from Rig-Veda, the oldest scripture of the world still in common use, besides lines from Upanishads and Bhagavad-Gita (Song of the Lord), both ancient Hindu scriptures. He plans to start and end the prayer with “Om”, the mystical syllable containing the universe, which in Hinduism is used to introduce and conclude religious work.

Reciting from Brahadaranyakopanishad, Zed plans to say “Asato ma sad gamaya, Tamaso ma jyotir gamaya, Mrtyor mamrtam gamaya”, which he will then translate as “Lead me from the unreal to the Real, Lead me from darkness to Light, and Lead mefrom death to Immortality.” Reciting from Bhagavad-Gita, he proposes to urge Councilmembers/Supervisors to keep the welfare of others always in mind.

Rajan Zed is a global Hindu and interfaith leader, who besides taking up the cause of religion worldwide, has also raised huge voice against the apartheid faced by about 15-million Roma (Gypsies) in Europe. Bestowed with World Interfaith Leader Award; Zed is Senior Fellow and Religious Advisor to Foundation for Religious Diplomacy, Spiritual Advisor to National Association of Interchurch & Interfaith Families, etc. 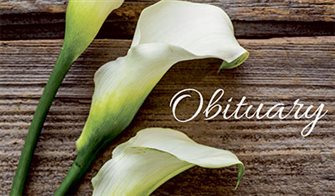 Hirachand Daulat, beloved husband, father, brother, grand-father and great-grandfather, and the patriarch of the DaulatRead More