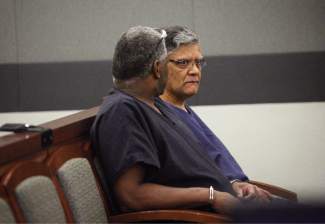 Federal prosecutors labeled former Pysician. Dipak Desai, the perpetrator of Las Vegas’ most notorious crime in at least the last decade.  No objection to Gujarati interpreter.

Dr. Desai is seeking accommodation at his entry of plea hearing for alleged disabilities from which he suffers.  Specifically, Dr. Desai seeks additional resources at the change of plea hearing and to move the hearing from Las Vegas to Reno, purportedly in the interest of providing him “continuity of care.”

The defendant, Dr. Desai, has undergone two competency examinations – one in the state system in advance of his trial there and one in the federal system. Both examinations resulted in the same conclusion – that the defendant was competent to stand trial and was exaggerating his symptoms.  As a result of these twin determinations, prosecutors are arguing that there should be no need to make any accommodations for Dr. Desai.

In court documents, Dr. Desai’s lead defense lawyer Richard Wright, said that the Reno courtroom is a more convenient forum for Desai and, presumingly for the sitting judge who is assigned to the Northern Division. It does not appear that the setting of the proceedings in Reno would be inconvenient or more expensive for the government. Wright continued, to the contrary, the US Marshals would only need to drive Desai a short distance from the Northern Nevada Correction Center to the Reno courthouse and return him to state custody on the same day. If the proceedings were to be held in Las Vegas, the US Marshals will likely transport Desai on a bus to Pahrump or Henderson, where he would be lodged for a significant period before and after the hearings.

The United States strongly objects, however, to moving Desai’s change of plea hearing out of Las Vegas. Prosecutors further argued that having committed a notorious crime in Las Vegas, Desai should be required to answer to his charges here in Vegas and not in Reno.  However, prosecutors are not objecting to minor accommodations, such as the use of a Gujarati interpreter.

Devika Bhatnagar, a Sophomore at the Liberty High School, and Camilla Srinarayana, an eighth-grader atRead More

Since 2015 this publication has endorsed candidates for various local, state, and national political races.  ThisRead More