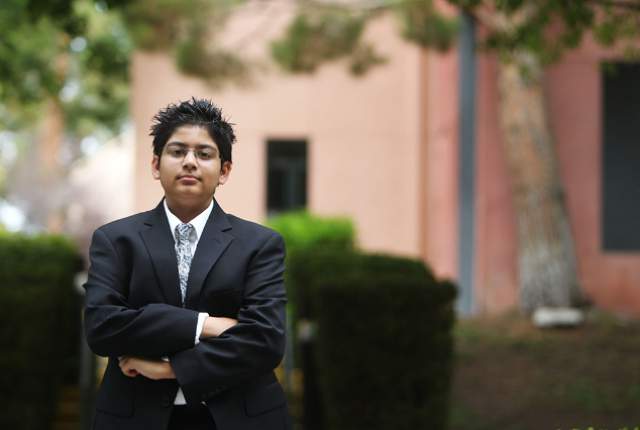 Zane Pasha, who will be an eighth-grader at The Meadows School near Rampart and Lake Mead boulevards, was named the Nevada state merit winner in the Discovery Education 3M Young Scientist Challenge for his app concept aimed at alerting parents about rising vehicle temperatures on hot days.  For his phone app Zane earned a Technology Prize Pack.  The app will help drivers to find out the internal temperature in unattended cars where temperature could reach above 90 degrees especially under the scorching Las Vegas sun.

Zane, son of Tousif and Shazia Pasha, who attends The Meadows School came up with the idea for HeatSafe in late 2014 after sitting in his parents‘ car while they pumped gas. In less than five minutes, he began to feel the effects of the Nevada heat.  Click here for the complete news…