Break-In at the Hindu Mandir, Executive Committee Resigns, Board of Directors Fight Erupts in Blame Game 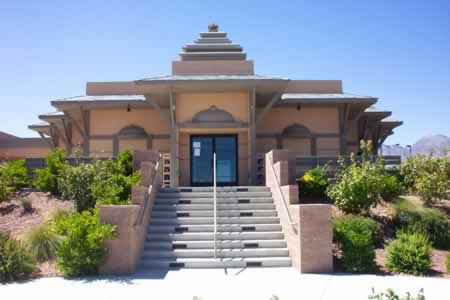 Opened in April 2001, the Hindu Temple and Jain Center of Las Vegas has come a long way in providing and enhancing an ongoing spiritual needs of the growing Hindu community in Southern Nevada.  With the growing community and increased demands lately, the Mandir has experienced excruciating growing pain due to some of the insolent Board Members which have caused conspicuous disagreements, unauthorized audio recordings, gossiping, yelling, verbal fights, wild accusations and even subtle threats among the board members.

A couple of months back, the majority of the Executive Committee members, including the President Sunil Vasu, resigned along with the then Chairman of the Board, Nirmalya Chatterjee.  This, the mass resignation, was an unprecedented move by the volunteer group of Executive Committee members since the opening of the Hindu Mandir in April 2001. Back in July of 2018, some of the regular members of the mandir community were elated to see Nirmalya as the Chair because of his extensive and diverse corporate experience, including international corporate positions at the senior management levels with some of the top Fortune-500 companies.

After making initial inquiries and an informal internal investigation, the then Chairman, Nirmalya Chatterjee, reported the incident to the Metro.  As per Nirmalya, the then Chairman of the Board, he did his fiduciary responsibility by reporting the break-in at the temple to the appropriate authorities in a timely manner.  The sinister environment has been brewing since the reporting of break-in to the Metro. Accusations started flying and have resulted in a copious smear campaign among certain Board Members.

Few of the Board Members are convinced and believe an insider job with the break-in as there was no visible forced entry and only a couple of people with a key had access to the room. Through its reliable sources, Vegasdesi.com has received the formal Metro police report as filed by the then Board Chair Nirmalya Chatterjee.  On September 25th, 2108, Nirmalya reported to the Metro the break-in which is classified as the malicious destruction of private property.  As per the filed report with the Metro, Nirmalya informed the authorities that while changing the access codes to the temple video camera system, the technician, the temple administrator and the priest noticed that an unauthorized audio microphone was installed and all the audio conversation within the temple was being recorded.  At that time the audio device was immediately disconnected.  As per the reliable sources, only videotaping inside the temple was authorized but not the audio taping.  It is alleged that camera ID and audio access codes were with certain members with no formal authorization and the audio recording was also directly connected to the mobile phone of two of the trustees.

After a week or so the video camera system went down and in August 2018, the technician, the temple administrator and the priest noticed that DVR was damaged.  DVR equipment was taken to a shop for repairs and it was found that the recorded data was swiped out from the hard drive, and the motherboard was destroyed. Immediately after that the new DVR was installed for the safety of the attendees and to protect Mandir’s assets.

“I was advised by the temple attorney through an email that I have the authority to turn the break in an investigation over to the police—a necessary step to protect the safety of our temple and devotees. I forwarded the attorney’s advice immediately to the trustees and with no one objecting to this legal advice,” said then Chair Nirmalya Chatterjee.  However, later some of the Board Members were aghast that why the incident was reported to the law enforcement. Currently, Metro is investigating the break-in and has interviewed some of the Board Members, Executive Committee members, and Temple Pandit Ji.

With business operations in need of a revamp, no respect for the current by-laws, the ineptness, and infighting of the Board members along with the conflict over control and alleged accusations has resulted in the involvement of multiple outside attorneys.  Some of the board members have hired attorneys to protect themselves from slanders and competing accusations.  The cease and desist letters are showing up in the e-mails to those trustees for circulating false and defamatory statements and allegations. The allegations also include misappropriation of Mandir funds. However, some Board Members and former Treasurer are convinced that there was no misappropriation of Mandir funds ever happened.

Lately, the attorneys have started questioning the legitimacy of meetings held and of future meetings along with the legality of the attending Board Members as the by-laws clearly state that an individual is ineligible to attend a meeting once he or she misses two meetings in a year.

On top of the break-in, competing accusations, and more, this publication has learned that most of the financial records and other pertinent documents are not stored in a secured place at the Mandir premises. The records are with one of the Board Member and the former Chairman Nirmalya Chatterjee was denied access to the financial records.  Numerous emails from Nirmalya went unanswered.

As per some reliable sources the Mandir has a Credit Card which is being used by a Board Member and the monthly statement is going to Board Member’s home.  Another Board Member, a financial expert, strongly believe that this arrangement is a colossal failure of basic accounting principles and controls.  The same member strongly recommends a forensic financial audit.  A few years back at the suggestion of vegasdesi.com and to bring in the financial transparency the then Chair Rao Gondy started posting the financial statements on the Mandir website, however, lately the community has no clue on the financial situation of the Mandir.

There is an inconceivable division among the Board Members.  Vegasdesi.com got hold of the latest email which went out from one Board Member attorney to the Board regarding the Board meeting which was scheduled for Sunday, January 27th, 2019.  As per the attorney involved, “To begin, [sic] our office and our clients formally disagree with the proposed meeting tomorrow for the following reasons: First, the current governing Board is comprised of 10 members that serve a two year term that began in July 2018 through July 2020. The members that comprise the governing Board are made up of those Trustees that qualified based upon attending 2 out of the 4 meetings in the prior year.”

The attorney involved mentioned “If the meeting [sic] tomorrow is going to be formally conducted under the currently governing documents, please advise the Trustees that they may attend to listen and comment upon the items in the Meeting Agenda but only members of the governing Board may vote upon any and all items contained within the Meeting Agenda.

“We as trustees and believing in truth and fairness have an obligation to stand up to false smear campaigns,” said another Board Trustee.  He continued, “ We cannot and must not remain silent because that allows continuation of the false rumors and allegations within the Board.”

Most recently, Vegasdesi has learned that some non-voting members insisted on voting on certain agenda items during the meeting held on January 27th.  Surprisingly, Mandir’s legal counsel didn’t attend the meeting, no minutes were recorded on any audio device and again personal attacks were hurled at the meeting.  As of today, there is no official statement from the Board on the ongoing break-in investigation and where the Board stands with the new executive committee and what in the future they are doing to protect the assets of the Mandir.

At the time of publication of this article, the rancorous accusations and infighting among the Board members, with their monumental egos, is growing exponentially and Mandir hasn’t had a new permanent executive committee for over three months.  In the interim, the Board has approved the appointment of dedicated volunteers, Mr. & Mrs. Piplani to oversee the daily operations of the Mandir.  The good news is with Piplanis in operational control, the mandir is open and both of our talented priests, Pandit Brijesh Ji and Pandit Vishnu Ji, are providing daily religious services.

It is with profound sadness that the Garg family announce the death of Adarsh Garg,Read More 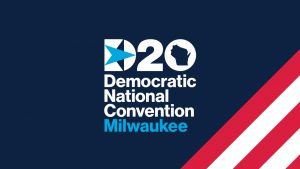 10 Comments to Break-In at the Hindu Mandir, Executive Committee Resigns, Board of Directors Fight Erupts in Blame Game